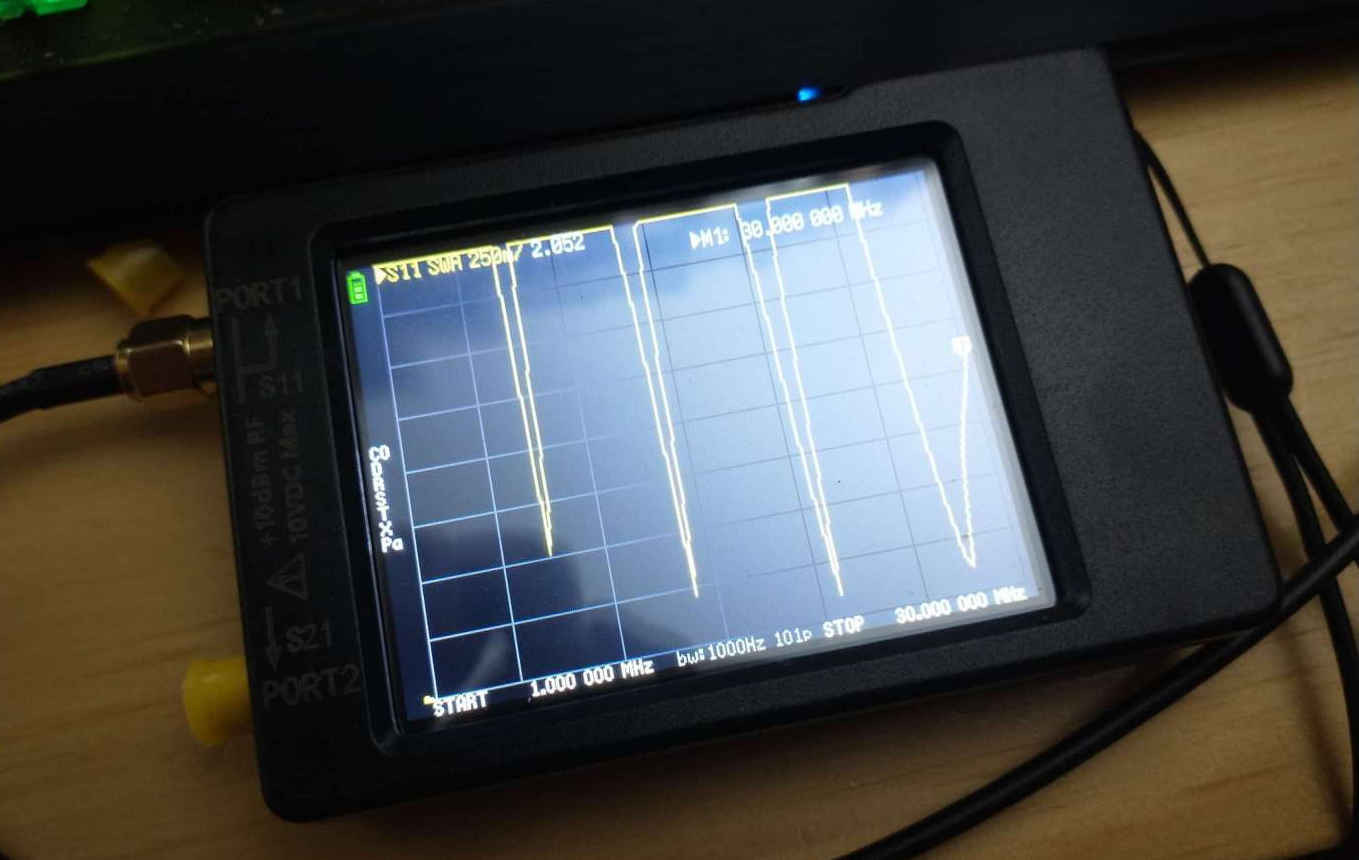 I spent a few hours this evening with my NanoVNA plugged into a DIY hamstick dipole mount on top of my 8-23′ painter poll.

So… I broke out the NanoVNA, set it up for SWR and Smith Chart and tuned up the hamsticks. Screenshots are from the NanoVNA itself, saved to a microSD card.

While a NanoVNA is not REQUIRED ham radio gear, it’s going to be recommended by me for most hams that express even a passing interest in making or tuning antennas.

Something that I was NOT expecting, was the measurements that I ended up with for the “stingers” on my hamsticks.

So now I am tempted to take two sets of stingers and change them, so that I would have them pre-measured for 38, 39, 40, and 41 inches. That would be most useful for the 40M sticks, which have the narrowest bandwidth, because I could move the best resonant frequency around by swapping stingers without having to loosen the itty bitty set screws.

Most people who are not hams are probably NOT going to get much out of the attached screenshots, that’s fine. 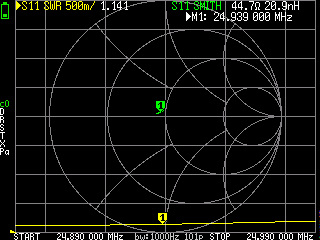 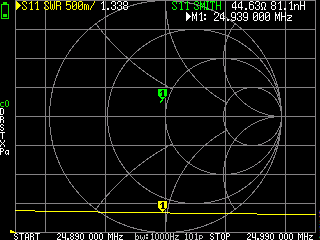 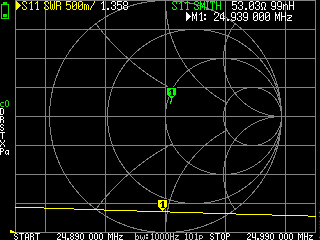 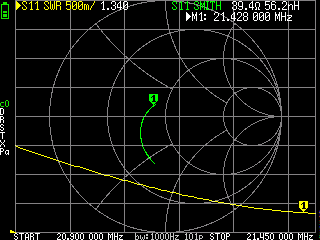 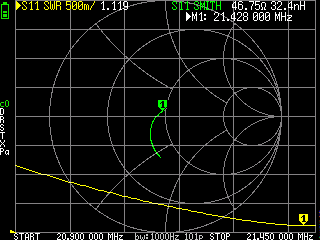 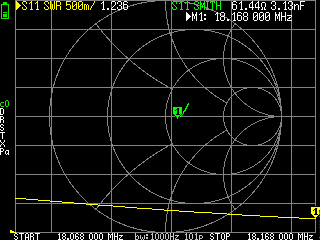 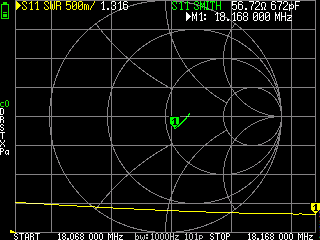 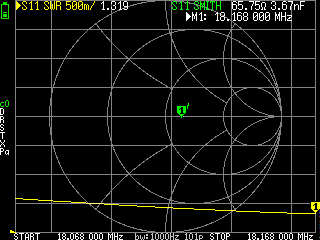 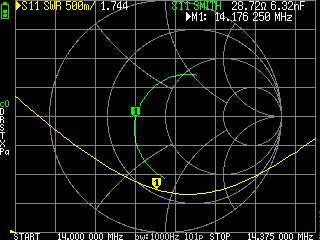 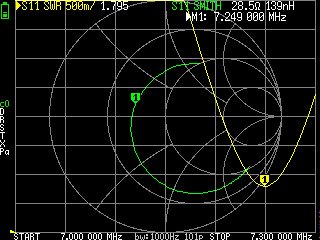 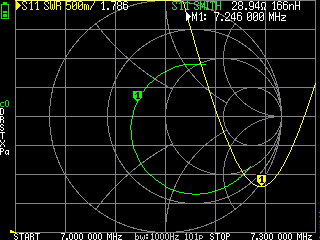