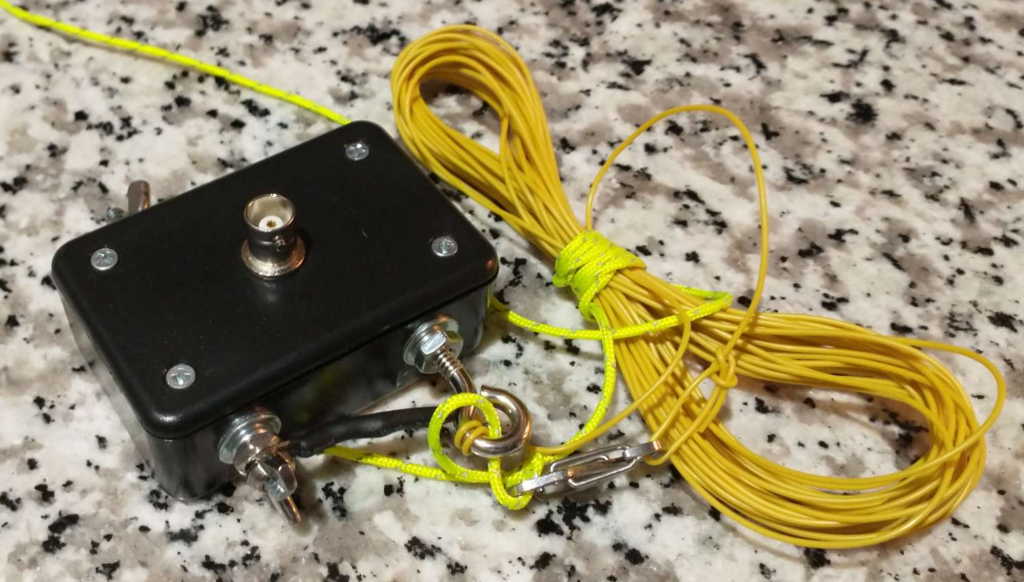 After probably about a decade of thinking about it, I finally got around to making a 9:1 UNUN to make a “random wire” antenna. I had the PDF from http://earchi.org/proj_homebrew.html for the 6-40M matchbox sitting on various computers for probably a decade.

I built this around a T157-2 with 18 AWG solid wire. The box it is in started out as a headphone to 2M rig interface. I didn’t add any holes or even have to enlarge any of them. I should have gotten a picture before I closed it up, maybe I’ll do that later.

So of course, as soon as I got it closed up, I had to try it out, so I strung it up on the SOTAbeams 10m mast, and plugged it in to the G90. I put about 31′ of wire on it, no counterpoise, but the feedline to the radio is 25′ of RG-174 coax. There was a contest of some kind going on, and plenty of really loud stations, but I managed to get a QSO with N0KTZ doing a POTA activation in Colorado on 20M.

I bounced around a bit and hit the magic TUNE button on the G90 and I was able to get it to find a match on 160M through 10M. I’m thinking this could be really handy for my next POTA activation 🙂